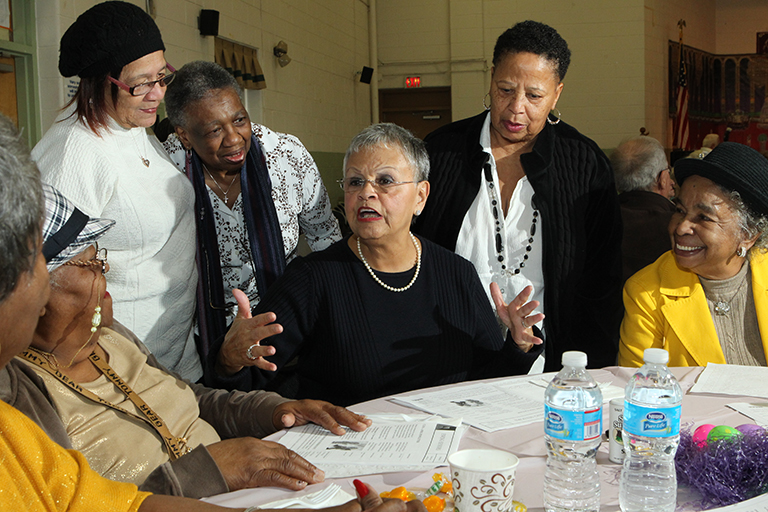 Women are a key component in reviving the American economy. When women succeed, America succeeds. Despite this fact, women are paid $.77 to every dollar earned by men regardless of job choice.  Pay disparity has a significant impact on women with low incomes and single mothers. It impairs their ability to repay student loans and results in lower pensions, ultimately making retirement more difficult.

Bonnie Watson Coleman affirms the rights of all workers to equitable wages. She sponsored the Unfair Wage Recovery Act. Modeled after the Lilly Ledbetter Fair Pay Act, the Unfair Wage Recovery Act would have restarted the clock to file suit under the statute of limitations each time compensation is paid to a woman in furtherance of a discriminatory decision or practice. Bonnie Watson Coleman also supported the Wage Transparency Act, which would have provided women with a tool to help uncover pay disparity. In Congress, Bonnie Watson Coleman will continue to fight for women to be paid equal wages for equal work.

Bonnie Watson Coleman believes that a woman’s right to choose is between a woman and her doctor. She is committed to protecting women’s access to comprehensive reproductive health care services including access to contraceptives, education regarding all reproductive options, and support for healthy pregnancies. Bonnie Watson Coleman will continue to defend a woman's right to choose and vigorously oppose attacks against it.

Leading the charge on holding the Governor of New Jersey accountable for disparaging funding for women’s healthcare in the state, Bonnie Watson Coleman will continue her advocacy on behalf of women in Washington D.C.